Craig Hoffmann, 55, wasn’t leaving his fate up to chance — or genetics. When he was in his mid-30s, he was about 30 pounds overweight. He watched as his father struggled with obesity and diabetes, and later died at a young age. “I realized that was potentially my genetic tendency,” says Craig, a Kansas-based endodontist. “I decided not to accept that as my destiny. I wanted to take matters into my own hands for longevity.”

Craig took charge of his health, adopting a low-carb diet, intermittent fasting, and exercising six days a week. “I made a pact that every year on my birthday, I wanted to be incrementally healthier than I was the year before,” he says. “I vowed to do the same number of push-ups consecutively as I age. I am turning 56 in a few months, so I need to be able to do 56 push-ups.”

As healthy as Craig is, though, he began to slow down in his 50s, and it was getting tougher to achieve his goals. “I noticed over the last couple of years it was more of a struggle to make incremental improvements. I was losing energy and a little bit of intensity in my workouts,” he says. “Mentally, I felt like a 30-year-old, and I wanted to feel like that physically, too.”

Craig discovered Lifeforce through Tony Robbins’ Life Force book, and he became a member in April 2022. He was immediately drawn in by the metrics and accountability Lifeforce provides.

“In my life, every time I wanted to make a change, I identified a metric and measured it,” he explains. He regularly monitored his weight, glucose levels, and heart rate. But he still felt like his energy and strength were starting to lag, and became curious about his hormone balance and biomarkers that impacted his metabolic condition, critical nutrients, and organ health.

“Before, I checked my tires more often than I checked my biomarkers,” he admits. “Now I can look at my biomarkers every three months and make incremental changes to see how they affect my blood chemistry. It’s a way I can dial into my health much more precisely.”

Craig also loves the trusted relationship he has built with his doctor, Russell Van Maele, DO. “That’s the best part about Lifeforce,” he says. “I can get my blood drawn from a local lab, but having the interactions with Dr. Van Maele has been so beneficial. I really relate to him.” 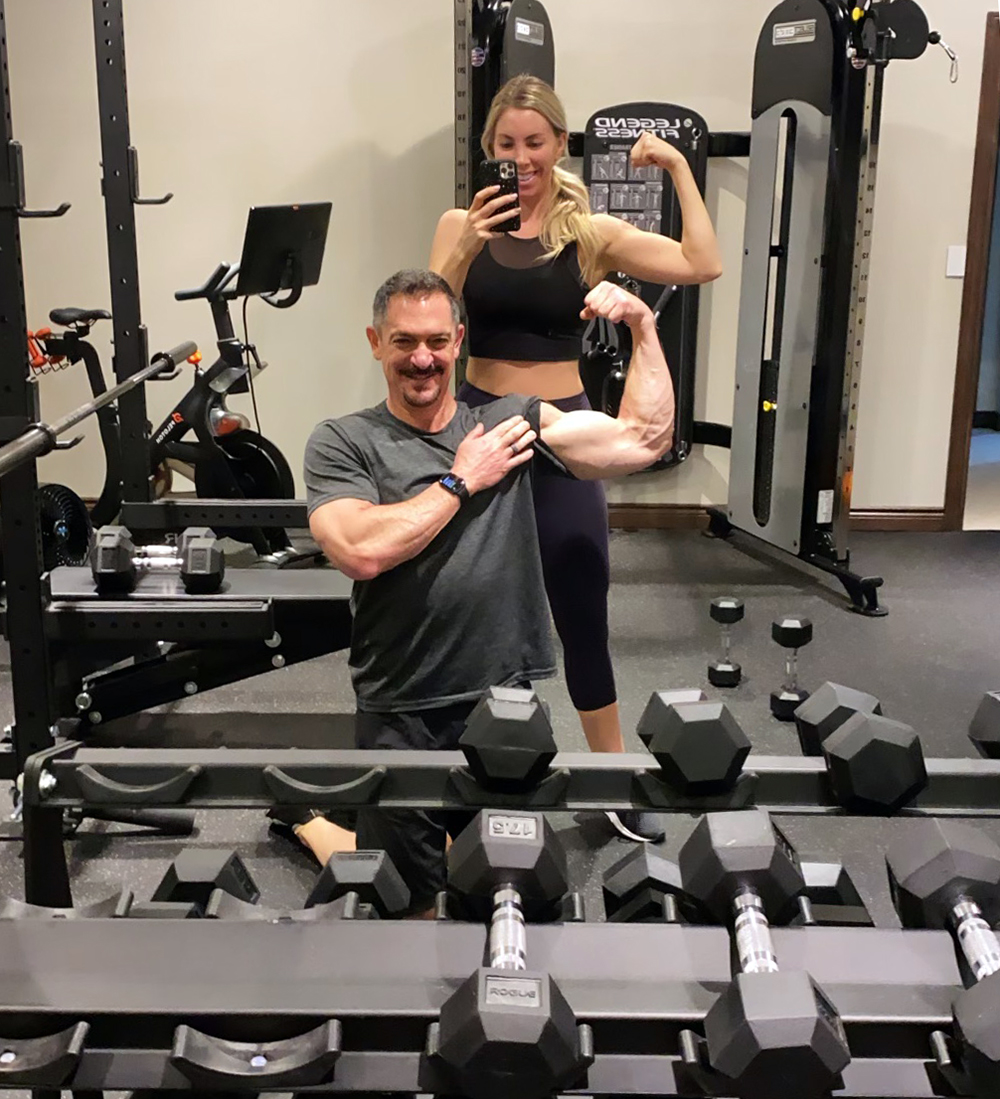 Craig worked closely with Dr. Van Maele to make sure he was staying on top of his metabolic health, through a holistic approach that included supplementing with Lifeforce Omega and Peak Healthspan™.* “That made a huge difference almost immediately,” he says. After six months, he saw a 15% reduction in his apolipoprotein B (ApoB), a key marker in healthy metabolic function.”

In addition to nutraceuticals* (he also takes Peak Defense™, DHEA, Methylation, and Vitamin D+K), Craig started using hormones and peptides to optimize his hormone balance. He uses a testosterone cream and sermorelin, an injectable peptide that stimulates the body’s natural production of growth hormone.*** Within six months, his DHEA, the precursor to testosterone, increased by 63%.**

He could feel the difference. “I noticed a significant change in my energy levels,” he says. “Now that I have more energy, I am more clear-headed, too. I felt like I was losing that edge, and now I’m back to where I was.” 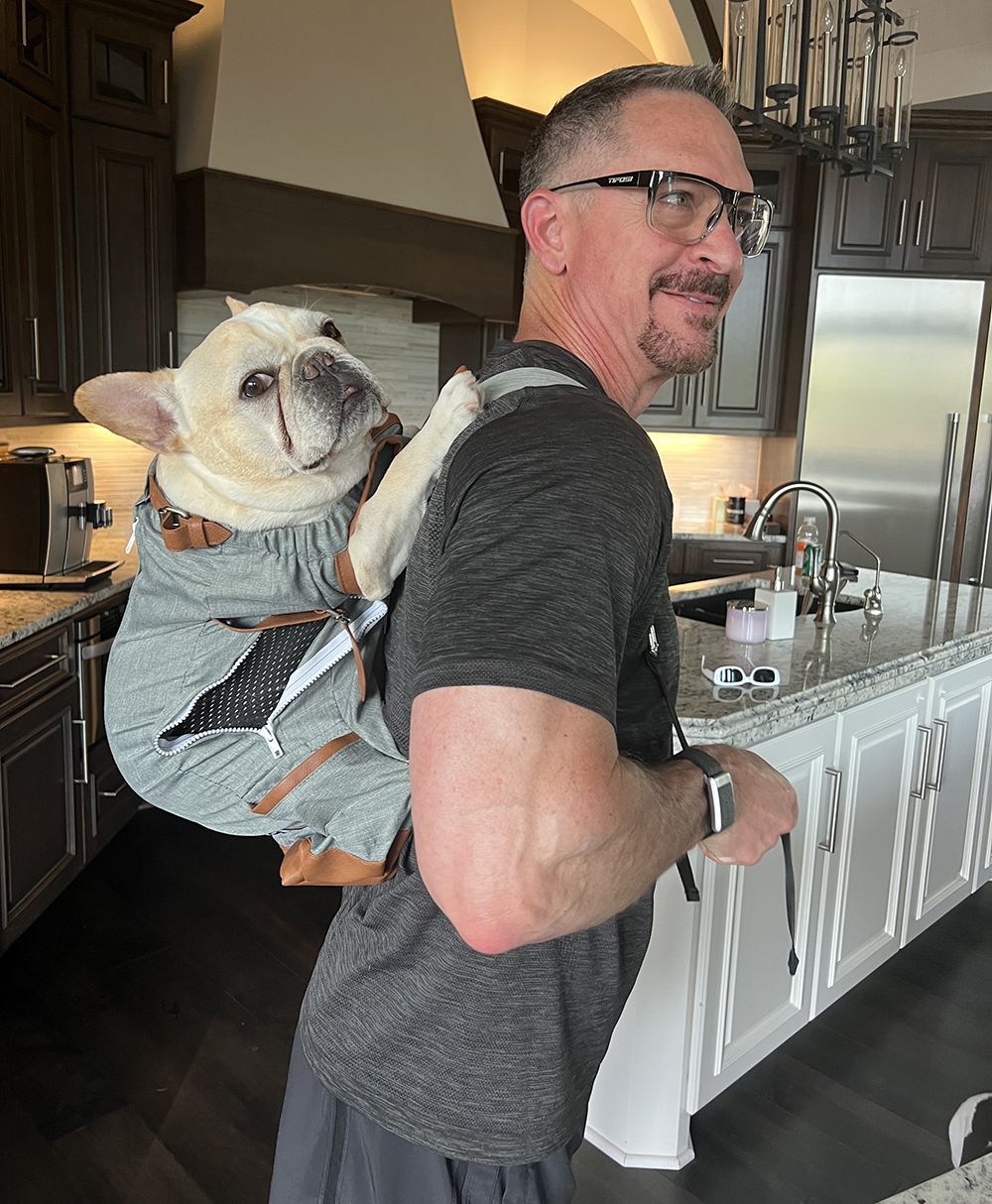 Of course, Craig isn’t satisfied with staying at the status quo. “I’m constantly on a journey to improve. I’m continually learning,” he says. “I don’t want to just live longer. I want to be able to enjoy those longer years.”

Thanks to Lifeforce, he already has a major head start. In fact, he can already get to 56 push-ups — months ahead of his 56th birthday. He says, “I’m good to go!”

*Statements for dietary supplements have not been evaluated by the Food and Drug Administration. These products are not intended to diagnose, treat, cure, or prevent any disease.

***Pharmaceutical products are only available to Lifeforce members and are contingent on blood tests results and clinician telehealth visit.

This article was medically reviewed by:

Invest in your health now and for the decades ahead. Featuring NAD3®, a proprietary, cutting-edge compound that targets all nine major hallmarks of aging, Peak Healthspan™ helps optimize your body today and well into the future. Its key ingredients increase the expression of healthy aging and longevity genes while making your body more resilient to changes in your metabolism and environmental stressors. It also optimizes how your body utilizes omega-3s to lift your mood and support your heart, cognition, and joint strength.

Vitamin D controls the expression of 200+ genes, touching nearly every cell in our bodies. Yet more than 40% of Americans are deficient in this essential vitamin. The Lifeforce D+K formula, the only one of its kind to feature ampli-D®, is clinically proven to raise vitamin D levels three times faster than regular Vitamin D supplements. Lifeforce D+K delivers the most bioavailable and bioactive form of supplemental vitamin D (calcifediol as ampli-D®) to bolster bone health, immune, and neurological function. The addition of a vitamin K1 + K2 blend ensures that calcium is deposited in the bone, versus the soft tissue, for maximum results.