At 21, when most post-grads might be setting their sights on their first desk job, a new romance, or perfecting their beer pong technique, Rudolph “Rudy” Tanzi was in a makeshift lab on the brink of discovering the first disease gene (Huntington’s disease) using human genetic markers, a discovery that would help launch the field of neurogenetics as we know it.

A few years later, Dr. Rudolph Tanzi, PhD, would go on to discover the first Alzheimer’s disease gene (a “hunch” proved right from his Harvard Medical School doctoral thesis), followed by two other early-onset familial Alzheimer’s genes. He’s since published more than 500 research papers on Alzheimer’s disease and brain health, and was named to the TIME100 list of the Most Influential People for his “Alzheimer’s in a Dish” study. “We recapitulate the whole process of Alzheimer’s, which takes 30 years in a person, and do it in 30 days in a dish,” Dr. Tanzi matter-of-factly explains.

Today, Dr. Tanzi leads the Genetics and Aging Research Unit and co-directs the McCance Center for Brain Health at Massachusetts General Hospital. And he’s poised to make Alzheimer’s headlines again as he develops a new drug that, he says, “will reverse the death-sentence mutations that guarantee the disease.” Dr. Tanzi is also a Professor of Neurology at Harvard Medical School, the team neuroscientist for the New England Patriots (“only Bill Belichick would have a team neuroscientist,” he laughs), and the newest addition to Lifeforce’s Scientific and Clinical Advisory Board.

So what does the world’s leading neuroscientist have to say about keeping our brains at their peak? Lifeforce’s VP of Clinical Operations Dr. Kerri Masutto sat down with Dr. Tanzi to get his world-class takes on how to think clearer, beat brain fog, and shield our brains from cognitive decline as we age. Watch the full interview in the video above, and keep reading for six things you can do to promote better brain health, starting today. Hint: Brain games aren’t it. 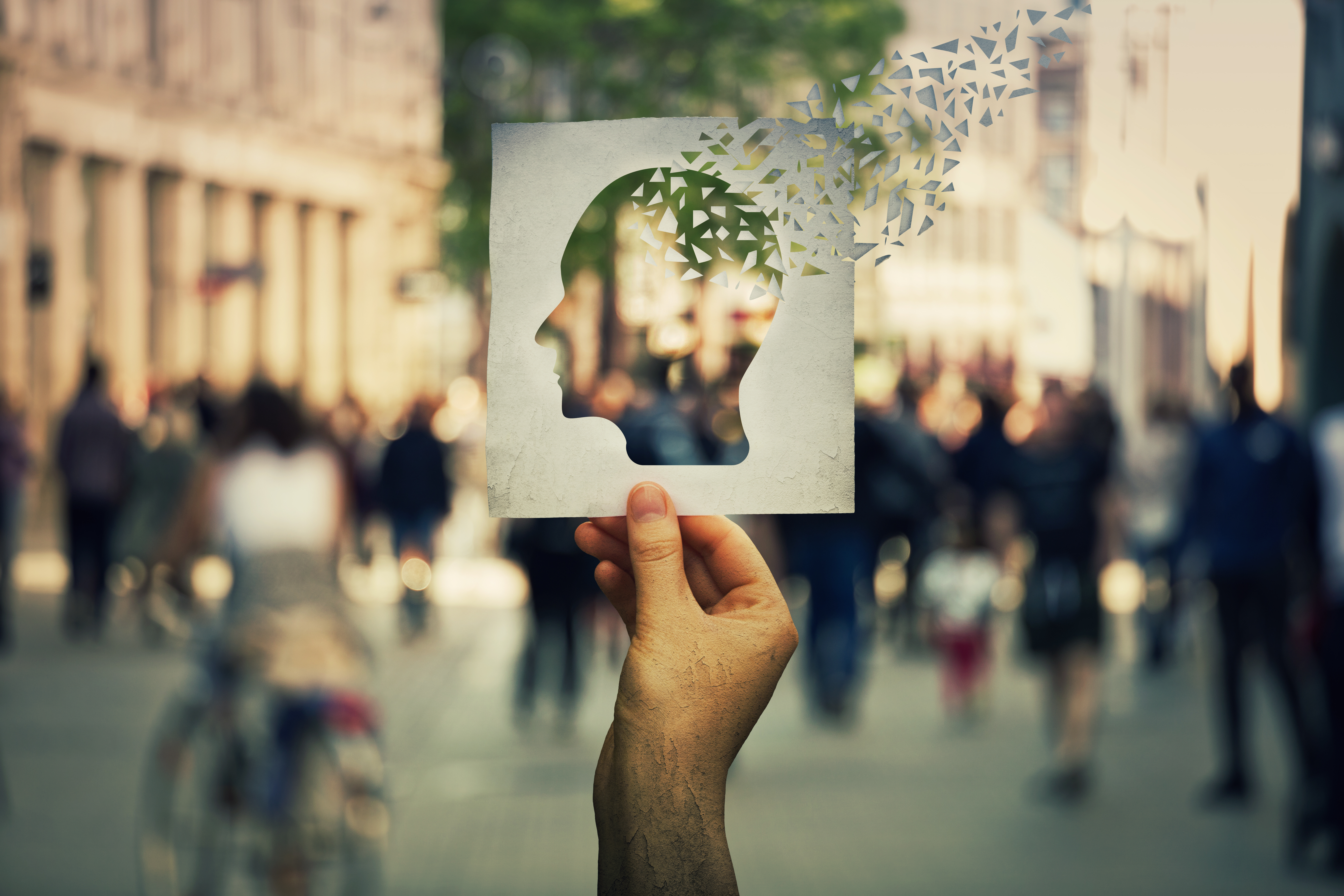 Your Brain on Inflammation

According to Dr. Tanzi, there’s good news and bad news when it comes to safeguarding our brains.

The bad: Our brains naturally deteriorate with age, and inflammation is by and large the culprit. “People should realize mental health is physical. That's the paradox. Your brain is a physical organ, and with age, there's wear and tear,” says Dr. Tanzi. “Just like your knees start to go if you play, like me, too much basketball in your life, your brain also starts to [break down].”

Inflammation causes nerve cells and the synapses, or connections between those nerve cells, in the brain to start dying, which leads to symptoms like brain fog, Dr. Tanzi explains. If left unchecked, “Inflammation is what really takes you out, especially in neurodegenerative diseases of the brain like Alzheimer's, Parkinson’s, and ALS,” says Dr. Tanzi. An estimated 6.5 million Americans are living with Alzheimer’s, a figure expected to climb to 12.7 million by 2050, according to a report by the Alzheimer’s Association.

The good news: “Luckily, most Alzheimer's disease is preventable with the right lifestyle, despite your genetics. Only 1 or 2% of the genetics guarantees it,” Dr. Tanzi says. And regardless of your age or family history, there are simple steps you can take to start preserving your brain health right now. 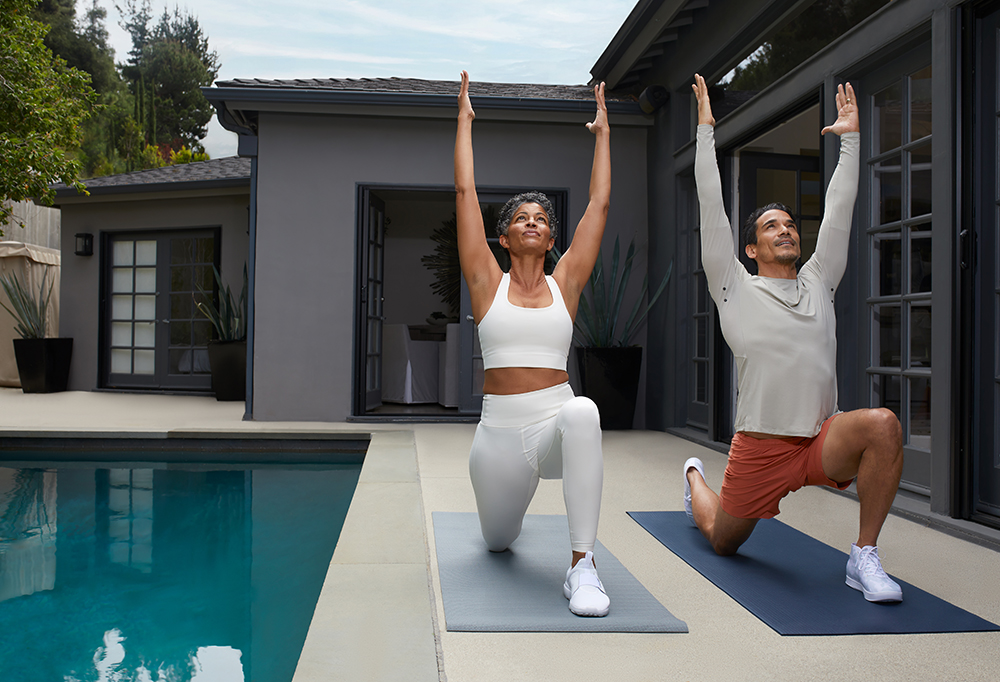 How to SHIELD Your Brain

Ready to make brain health top of mind? Dr. Tanzi’s acronym SHIELD covers his top lifestyle tips (discussed in his book, The Healing Self) to get you sharper, clearer, and better positioned to fend off inflammation in your body and brain. Here’s where to start.

“Every time you have a dream, or deep sleep cycle, it’s like a rinse cycle for the brain,” explains Dr. Tanzi. “It cleans your brain out of all the proteinaceous debris that can lead to inflammation.” The sweet spot? Seven to eight hours each night. If you find yourself falling short, a good power nap will also help, Dr. Tanzi says.

This one’s often easier said than done, but even just five to 10 minutes of meditation per day can go a long way. “We've shown that meditation leads to rapid changes in your gene expression, your gene activity, that are beneficial for the brain,” says Dr. Tanzi. Also be mindful of the ‘my way or the highway’ mentality that sometimes comes with age. “You have to actively fight that,” Dr. Tanzi says, but it will help keep you in a less-stressed headspace.

This one’s true for introverts and extroverts alike. "Too much isolation and loneliness is bad for the brain. It actually increases risk for brain disease like Alzheimer's,” Dr. Tanzi says. If you don’t have family or friends close by, volunteering, hobby groups, and even virtual meetups can give you valuable interaction time. “If you prefer animals to people, pets are a great option, too,” adds Dr. Masutto. “You can be creative and don’t feel discouraged if you’re not a social butterfly.”

Cardio, circuit training, pickleball…if it gets your blood flowing, it’s beneficial for your brain. “When you're working out, your muscles produce this little protein called irisin,” Dr. Tanzi explains. With increased blood flow, “irisin gets into the brain, and actually gets rid of the protein debris, the amyloid, that fights inflammation,” he says.

Another reason to hit the gym? “Exercise induces the birth of new nerve cells in the part of the brain that's most vulnerable in Alzheimer's, the hippocampus, or short-term memory,” says Dr. Tanzi. And don’t stress about which method you choose — a brisk walk, a bike ride, or chasing your kid around the park. “As long as your heart rate’s up for at least an hour a day, you’re delivering goodies to your brain.”

If you’ve made it here, you’re already well on your way. “Going from infant to toddler, your number of synapses in your brain climbs up to a quadrillion. By adulthood, it’s down to tens of trillions,” Dr. Tanzi says. “The more synapses you lose, the closer you get to cognitive decline and dementia.”

His advice: Never stop learning. “The more synapses you make, it's like money in the bank…So as you naturally lose synapses with age, you have more to back it up.” And no, we’re not talking about brain games. Brain games teach you how to focus, he says, which can help you learn, but on their own won’t build up that synaptic reserve.

Dr. Tanzi’s synapse-building activity of choice: piano. “At least twice a week, I spend an hour or two learning at least a dozen new songs I've never played in my life before. Yesterday I learned a song from the show Cheers. And I learned a couple of Journey songs.” Your ‘new thing’ could be as simple as taking a new route to work each day.

"The Mediterranean diet is the number one diet on the planet for brain health,” says Dr. Tanzi, which prioritizes fruits, nuts, vegetables, seeds, and whole grains, with little to no red meat. Plant-rich diets do a good job of feeding the bacteria in your gut, your gut microbiome, which is essential for keeping your brain healthy, Dr. Tanzi explains. “The healthier your gut microbiome is, the healthier your brain is. And that's not woo-woo science anymore. There's hardcore evidence about the metabolites that are made by bacteria in your gut…that get into your brain and keep your brain healthy.”

So you’ve got your action plan, but how do you know if you’re making strides toward better health, body and brain? Dr. Rudy Tanzi teamed up with Lifeforce as a Scientific and Clinical Advisor to help make understanding the state of your mental and physical health easy and accessible.

“The Lifeforce approach is, among companies like this that I've looked at, the most medically sound,” says Dr. Tanzi. “The diagnostic looks at things like Thyroid Stimulating Hormone (TSH), Follicle-Stimulating Hormone (FSH), testosterone,” says Dr. Tanzi. “A lot of people don't look at this, and it's very important because you can have a memory problem due to a thyroid problem and not even know it. You might be stressing out that you have Alzheimer's and all you have to do is supplement your thyroid.”

“The idea is to just be more proactive about your numbers,” says Dr. Tanzi. And while you’re waiting for your results to come back, make SHIELD a habit.

To learn more about Dr. Tanzi’s work, visit the McCance Center for Brain Health and the Cure Alzheimer’s Fund.

This article was medically reviewed by:

Vitamin D controls the expression of 200+ genes, touching nearly every cell in our bodies. Yet more than 40% of Americans are deficient in this essential vitamin. The Lifeforce D+K formula, the only one of its kind to feature ampli-D®, is clinically proven to raise vitamin D levels three times faster than regular Vitamin D supplements. Lifeforce D+K delivers the most bioavailable and bioactive form of supplemental vitamin D (calcifediol as ampli-D®) to bolster bone health, immune, and neurological function. The addition of a vitamin K1 + K2 blend ensures that calcium is deposited in the bone, versus the soft tissue, for maximum results.