It’s called “the change” for good reason. During menopause and the years leading up to it, everything you thought to be true — everything you knew to be you — about your body and mind gets turned upside down, then sideways. And despite the 85% of postmenopausal women reporting menopause-related symptoms (including fatigue, difficulty losing weight, and low sex drive, to name a few), we’re told it’s inevitable, natural, a season of life we simply need to ride out in silence.

Truth is, you have a choice in how you navigate the rocky hormonal landscape ahead of you. Imagine to your right is a comfy SUV with air conditioning, a top-notch suspension system, and a professional driver behind the wheel. To the left, a tempestuous bronco that could buck you off at any moment. So do you brave the trip in the SUV or on the bronco? It seems like a no-brainer in this reductive analogy. In reality, many women didn’t even know the SUV was an option. Or they had mountains of obstacles, such as clueless general practitioners and vexing insurance policies, in the way.

Lifeforce’s Hormone Optimization for Women program was created for women, by women to help you restore your natural hormone balance so you can start feeling like you again. “Women still have goals, careers, passions, and hobbies after menopause,” says Dr. Vinita Tandon, Lifeforce’s medical director, and a board certified endocrinologist. “They’re not withering away, and we can help them thrive.”

Before we dive into how to get you optimized, first let’s talk about what’s happening inside your body during this time.

The Hormones That Matter Most for Women

Hormones are messengers that travel throughout the body to tell your organs and tissues what to do. They have a massive influence on energy, mood, and behavior. There’s a yin-yang harmony to hormones, as they often work in pairs to check and counterbalance each other, Dr. Tandon explains. Even the slightest imbalance can cause fatigue, reduced sex drive, and difficulty losing weight.

While imbalances can occur at any time during a woman’s life, every woman goes through menopause, and perimenopause in the years leading up to it, which naturally begins in the 40s for most women but could start in the 30s for some.

During perimenopause, which can last anywhere between a couple of years to an entire decade, women still get their periods — albeit irregularly — but also experience a drastic flux of three important hormones plus some pretty wild symptoms as a result. Menopause officially begins on the one year anniversary of your last period. And every day of the rest of your life is considered postmenopause when you’ll still experience echoes of menopause symptoms. “Your body never acclimates to the symptoms,” says Dr. Tandon. “You may accept it and get used to it, but it doesn’t get better.”

The average age for menopause is 51, but women live to their 90s and so may go almost half their lives without these critical sex hormones. “This can negatively impact how women feel, their emotional health, physical health, mental health, sexual health, and intimacy with partners,” says Dr. Tandon.

How Female Hormones Decline With Age 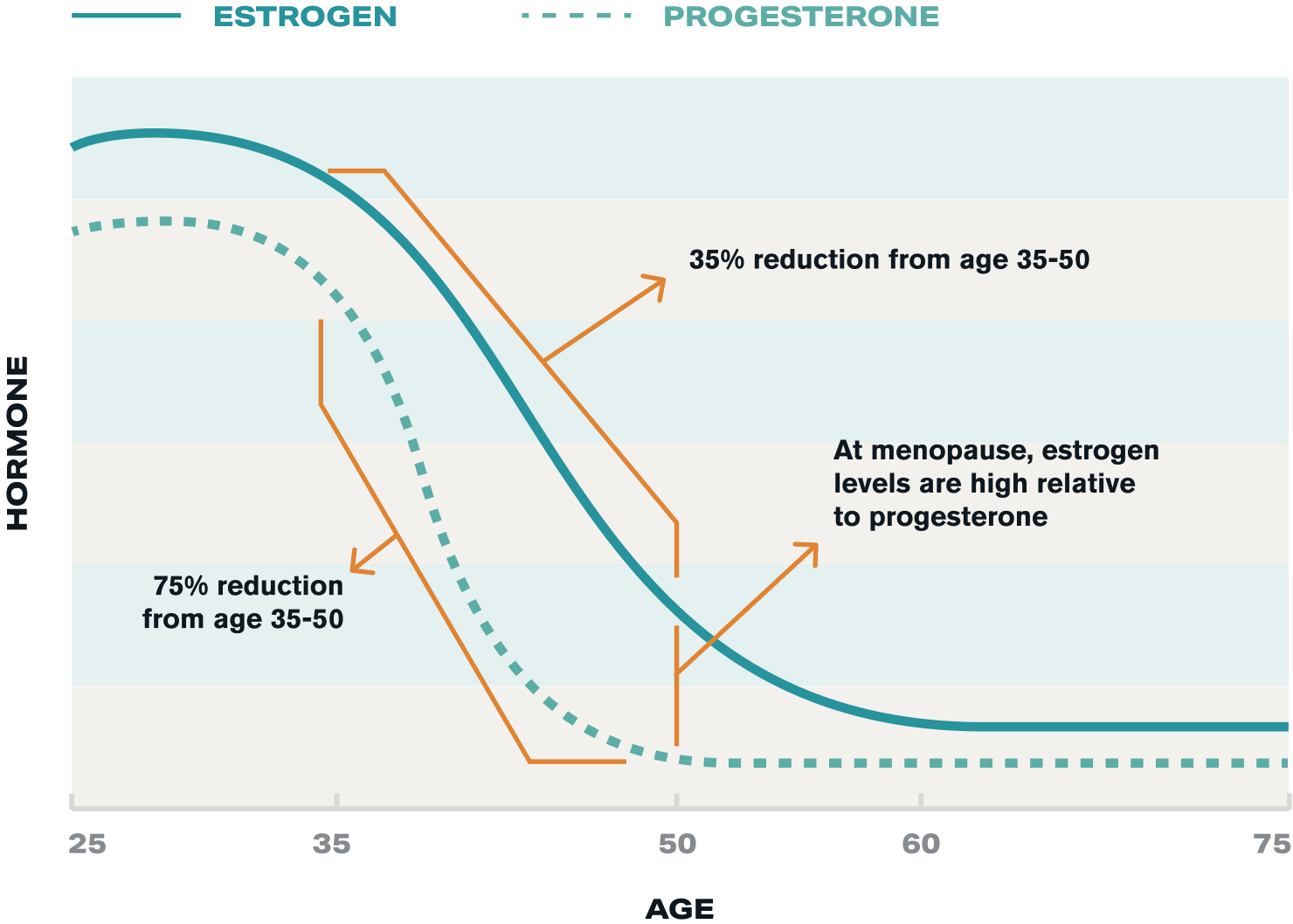 The three primary sex hormones for women are:

Estrogen is one of two main female sex hormones responsible for reproduction and female characteristics, such as breasts. This is also the hormone that makes you feel confident, attractive, and sensual. But there are actually many types of estrogen. Some focus on female sex organs or only pop up during pregnancy. Some, such as estradiol, have over 300 roles in the body, including the health of your brain, breasts, bones, and cardiovascular system.

Levels remain relatively high during perimenopause but can be erratic, causing heavy periods, irritability, bloating, and breast tenderness. Levels drastically decline near menopause, which is when vaginal dryness, pain with intercourse, urinary leakage, creaky joints, hot flashes, and night sweats ramp up, and the risk of cardiovascular diseases, diabetes, and osteoporosis goes up.

Progesterone is produced by the ovaries to prime and maintain the womb for pregnancy. It is also crucial for bone health and preventing breast and uterine cancer. This hormone also chills you out, which is why its sharp decline during perimenopause results in — there’s no delicate way to put this — all of the rage, which can at times be replaced with anxiety, depression, and irritability, but little of the restful sleep that could give you some reprieve.

At the onset of perimenopause, progesterone will decline much faster than estrogen. Since it is the hormone that keeps estrogen in check, this imbalance contributes to the symptoms of high estrogen noted above. 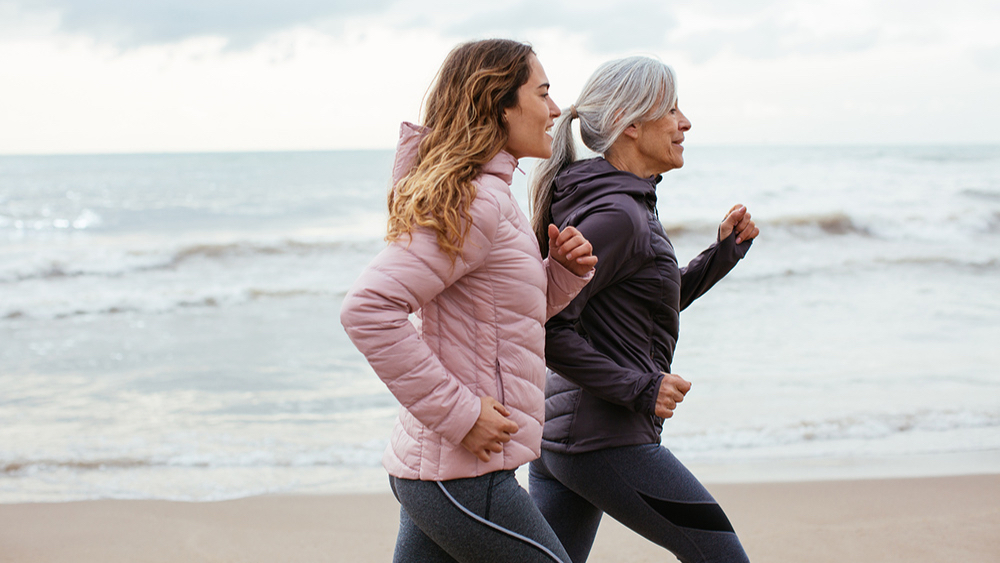 Hormone Optimization for Every Stage of Your Life

Now that you have a clearer roadmap for what’s to come, let’s go back to that SUV versus bronco scenario. The bronco can involve frequent and severe bouts of hot flashes, night sweats, insomnia, mood swings, and brain fog, while hormone therapy (the SUV) is the most effective strategy for treating menopause symptoms.

Hormone therapy has also been clinically shown to improve cholesterol and bone density and reduce osteoporosis and dementia. But don’t delay. “Women who start earlier experience more benefits than those who start later in life,” says Dr. Tandon. That’s because years into menopause, women have already begun to develop plaque in the heart and brain.

The difference between Lifeforce and the treatment your general practitioner might offer is a customized approach. “Regular providers just throw a blanket dose on women,” says Dr. Tandon, who says that some women just need a smidge and some need a heavier dose. That’s because most doctors receive only about two hours of menopause training. In a 2017 Mayo Clinic survey of postgraduate residents, only 6.8 percent reported feeling adequately prepared to manage women experiencing menopause.

At Lifeforce, not only are you in the hands of doctors with decades of experience specializing in just this, but it also doesn’t matter where you live. “Specialized doctors with menopause training mostly work in large cities,” says Dr. Tandon. “With a touch of a button on their laptops, women across the U.S. can get the high-level care and expertise they deserve.” 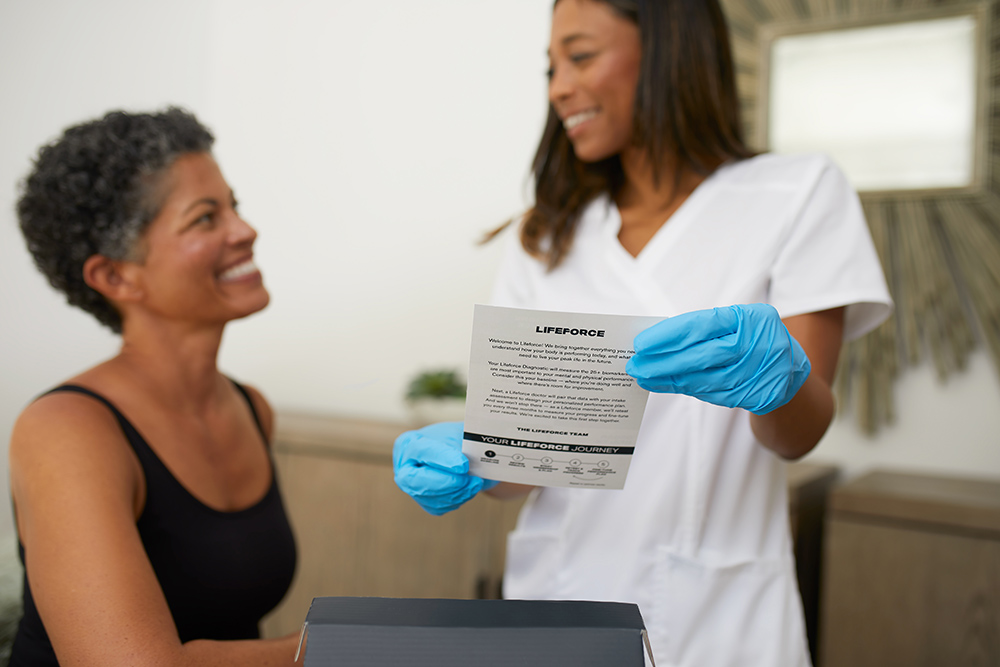 Lifeforce’s approach to Hormone Optimization for Women is personalized, research-backed, and stress-free:

After one week, you should experience relief from hot flashes, night sweats, and insomnia. After two to three weeks, you’ll notice an improvement in mood and cognition. After three months, your body composition changes, so you might notice less weight in your midsection and more muscle mass, says Dr. Tandon.

But Is Hormone Therapy for Women Safe?

As in many areas of women's health, there is a history of unsafe practices and failed studies when it comes to hormone therapy. “We now better understand the benefits and risks of hormone therapy for women, and it’s a no-brainer that for most women, the benefits far outweigh any small risk or side effects,” says Dr. Tandon.

Women have been prescribed animal-derived estrogen for menopause since the 1940s, and synthetic progesterone since the 1970s, but it wasn’t until 1993 that hormone therapy for women was studied on a large scale in a study called the Women’s Health Initiative (WHI). The study was abruptly stopped in 2002 due to alarming findings that animal-derived estrogen plus synthetic progesterone increased the risk of breast cancer among participants. The report also showed a significant rise in heart attack and stroke risk among women.

Problem is, the study was proven to be fundamentally flawed in its design and analysis. Updated findings on this group of women were published in 2006, and there was no increased risk of breast cancer or heart attacks after all. But the damage was already done, and the study continues to have an enormous influence on public perceptions of hormone optimization therapy for peri- and postmenopausal women. Twenty years later, some doctors still associate the use of hormones with breast cancer and heart attacks. Clinical studies conducted since the WHI study debunk that myth and show that hormone therapy actually decreases the risk of hip fractures, protects the heart, and protects the brain.

These days, there is also the option of using safer bio-identical hormones, which are the same as the hormones your ovaries make. The only difference is they’re made in a lab using plant sources and formulated into oral tablets, dissolvable troches, patches, and gels. Hormones of the past were made from horse urine and caused side effects such as impaired glucose metabolism, acne, bloating, and weight gain. Bio-identical hormones are also different from synthetic hormones — the same ones used in birth control pills — that can increase the risks of stroke, heart attack, and blood clots.

Finding Balance, Before It’s Too Late

Often, women wait until their menopause symptoms are unbearable before they consider hormone optimization therapy. But starting it too late can also mean missing out on the window of opportunity where it can protect against cardiovascular disease, osteoporosis, and Alzheimer’s disease.

Even if you have yet to reach perimenopause, it’s never too early to be aware of the symptoms and take a proactive approach to optimizing your health. Because once it starts, the decisions you make at the outset will impact the decades ahead. And we want those to be your best years yet.

The article was medically reviewed by: